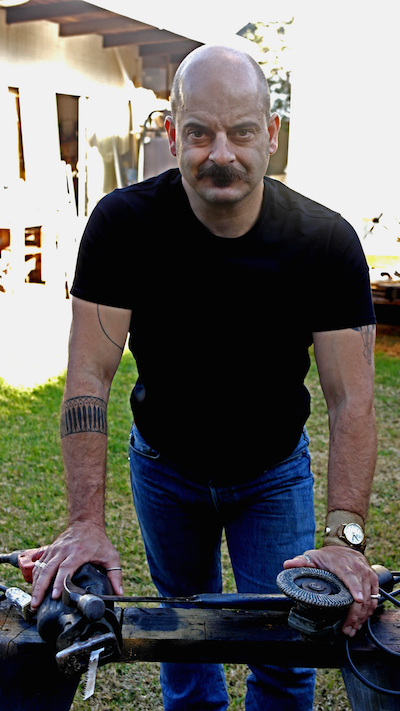 Justin spent years both as a writer and editor and working in the trades as a handyman, framer and installer of skylights. Now he’s the Senior Editor of DoItYourself.com, covering a whole range of home improvement topics, and using that as an excuse to get into his workshop and write about making things out of other things, like glowing whiskey bars, reclaimed redwood tables, knives out of horseshoes, lamps out of plumbing parts and a butler robot (WIP).

Who introduced you to making and building things?
I’d like to say I learned at the side of my handy father, but that would be a lie and he knows it. He’s a little baffled by what I do. But we’re both writers and so was my mom. Creative problem solving, whether in text or in art is a family trait and I just extrapolated it out into the 3rd dimension. So did my brother. I didn’t take it too seriously until I got a job in construction while I was in college. I realized that the wooden building blocks I had as a kid were made from cutoffs of 2x4s. They were scrap. That opened my eyes to endless possibilities. When I need something, my first impulse is to try to make it. 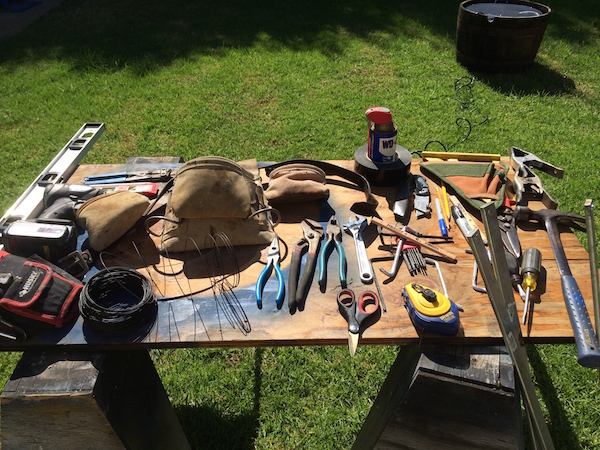 What feature of your workshop do you love the most?
At its best, my workshop is a wonderland of junk waiting to be discovered, repaired, reimagined or repurposed.  There was a rusted out, outdoor gas heater that was so sad having no function, and I resurrected it into a jukebox I call the Audiopticon. Or there were redwood planks from a 100-year-old horse corral that I thought wanted to be a desk, but actually wanted to be a table. And even though my shop is this isolated place, it gives me the opportunity to connect with other people and other shops, just like we’re doing here now. 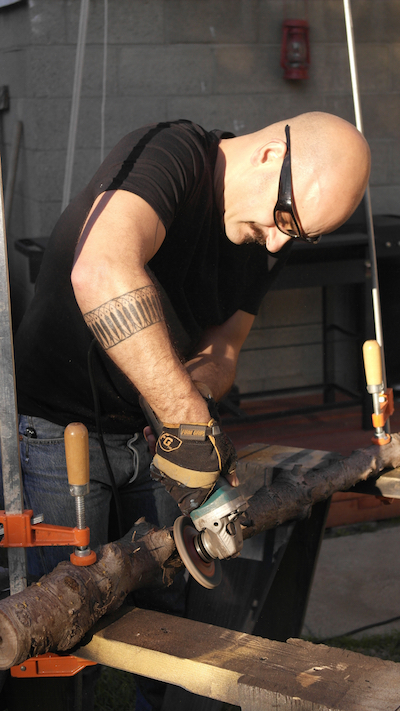 What tool(s) always stay in your toolbox and never go in storage? Why?
I don’t even have to think about that for a second. It’s my angle grinder. Its original purpose was for cutting roof tile back when I was installing skylights, but since then I use it for everything. I shape metal with it – use it as a sander – polisher – antique-er – I carve wood – cut metal – grind off frozen screw heads… it’s like a Swiss Army Knife and I know my way around it with a great deal of comfort (and safety). The one attachment I’m reluctant to try is the disk with the chainsaw teeth. That’s crazy. 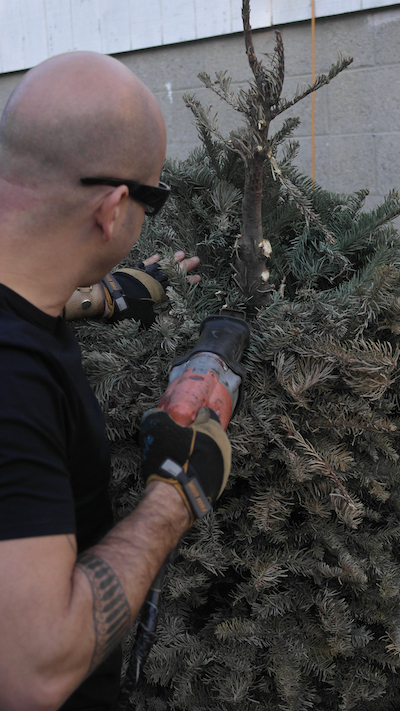 In a fire, what tool(s) would you save above all others? Why?
Yes, the grinder. Also my Sawzall, largely for sentimental reasons. It’s the first power tool I ever bought, back when I started in construction and was doing a lot of demo. It works as well today as it did decades ago. I don’t have a lot of call to use it now, but I’d miss it if it burned up in a fire. I should hang it over the mantle like an heirloom musket. I’d also take my Estwing framing hammer. It’s older than the Sawzall, I’ll never need to replace it and it’s the most basic and ancient tool there is. In the first couple of days after the ’94 LA earthquake it was the only tool I had access to. I still managed to execute all kinds of quick and dirty, temporary repairs. 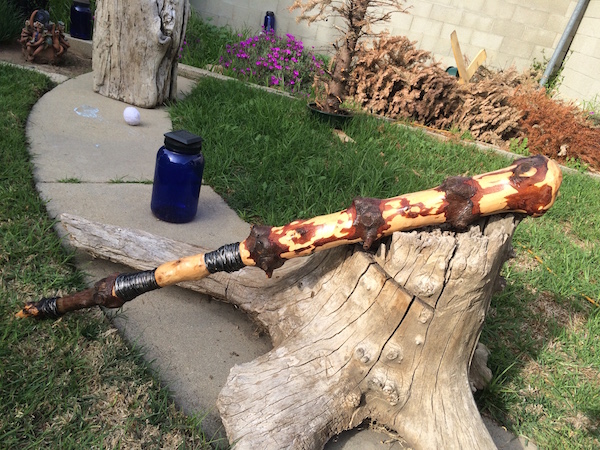 What do you enjoy building the most?
I enjoy discovering what’s next on that open-ended list of possibilities. I’m good at fixing plumbing or repairing drywall, but what I really enjoy about it is the problem solving. So the projects I dig the most are the ones where I’m presented with a problem and I get to puzzle it out. A friends’ house had a dark corner in need of some lighting, but it had to fit against the wall, and couldn’t be a sconce, so I built a really flat floor lamp.

I collected a bunch of discarded Christmas trees from the neighborhood to see what they might become. Obviously, at least one had to be carved into the knobby club of Heracles. I got a load of reclaimed floor joists (from Frank Sinatra’s torn down house) and turned them into a table. I don’t have a fully loaded shop (and I am terrible at organizing it), but I have acquired enough tools and materials over the years that I feel like I can at least try to make just about anything. Some projects turn out to be “experiments.” There’s no such thing as a failed experiment because you always learn something.

What tool do you covet that you currently do not have?
I think a drill press would make my life a lot easier. And a standing bandsaw. I can’t think of what I’d use a beam cutter for, but I should probably have one.